What was the year 2018 like for marketing industry? What events will we remember? And what we should expect of 2019? Find out the opinion of K2 experts: Adam Samsel, Milosz Jacyna and Maciej Maliszewski they shared with Wirtualnemedia.pl.

Summary of the year 2018: marketing agencies.

We had a man and different types of pets in the space. And 2018 was all about the car in the space. Elon Musk nailed it. The flight of Falcon Heavy and the vehicle is the masterpiece of technology and marketing. The Starman’s photo with the Earth in the background got around the whole world and it could easily be the theme for “Life” magazine cover page. The event was communicated in a form of very well prepared, integrated campaign that is the unquestionable candidate to win couple of Lions, Clios or Effies. And we speak about at least a few categories.

If we look at the industry itself, the resignation of Martin Sorell from the position of WPP holding CEO is quite a big shock. But, after 33 years something has ended but something new has started. And we are sure that Sorell has not said his last word yet.

There were many small things, but I cannot really think of anything spectacular. The last moment news — Robert Kubica’s return to F1. This is undoubtedly the great accomplishment of this driver and eventually the marketing success of the main sponsor, Orlen. I will cross my fingers.

I am greatly disappointed with the quality of political marketing in Poland, which is expressed in the last election to local government authorities. Party spin doctors should use the aid of outsourced experts.

Article 13, i.e. ACTA 2. I am all question mark here, but I fear that the whole deal may not have a happy ending.

The man of the year.

I would say “people” if we refer to Poland. And not “of the year” but of the last several years. Those are Teresa Zielinska, Kot Przybora and Iwo Zaniewski. Hall of Fame fully earned. When we speak about the world, I would mention Rose Marcario — modern Joanna D’Arc. I really respect her courage and consequence of actions. Elon Musk, although not all his doings are turned to gold. But still, it makes him more human (even if he would prefer to become post-human).

“To the last tree” [„Do ostatniego drzewa”]. You can like it or not, you may accept its assumptions or not you may question it or not. But the latest briefs often include question about whether people will speak about it or not. This campaign was discussed and still is, not only by the industry. The biggest pros for effectiveness, especially on foreign advertisement events, which shows that Polish creation is not hermetic.

If we say „locally, I would single out ING campaign titled “Do we, Poles, have anything in common” [“Czy my Polacy mamy ze sobą coś wspólnego”] and “Vampires” [“Wampiry”] of Eurobank.

If we say „worldwide”, my attention was caught by Nike campaign with Colin Kaepernicki. “Believe in something, even if it means sacrificing everything” clearly proves that it is worth having your own point of view in today’s transparent world. This is exactly how modern brands should work.

And if we speak about this year’s Cannes Lions I liked „Savlon Healthy Hands Chalk Sticks” and „It’s Tide ad”.

Premiere, novelty of the year.

The first “Polish” TV series on the international TV platform. “1983” on Netflix. The series has enthusiasts and haters. “Hate it or love it” as Mermite slogan said. And although the beginning is often hard, the new approach and the attempt to build new quality is what matters the most.

Trends of the year.

H+, i.e. Transhumanism. We do it slowly but without stopping, we enter the era that was seen as a futurist-driven concept still not long ago. And I mean Artificial Intelligence, body-machine interface — it gets real and we begin to overcome our limitations. Intelligent TV sets, watches, cars, houses — the majority of growing brands finds the human potential crucial and a chance to become more perfect beating our own limits with technology. It is visible also in the way brands communicate, in particular brands that promote new technologies.

AI and machine learning. Number of usages of these technologies to support humans will rise gradually. The speed will depend on specific marketing budgets designated for that purpose. Without them it will be no more than mobile year often included in these types of lists. To cite an expert: „When it’s in python it’s machine learning, when it’s in power point it’s artificial intelligence”.

The whole world turns eyes to Mark Zuckerberg giving his statement in case of Cambridge Analytica. This enormous image crisis of the biggest social media mogul strongly influenced further discussion over personal data processing and the privacy policy thereof. What happen to such data, where it is stored and how it can be used?

Instagram, the medium that became the strongest driving force for the whole ecosystem of Facebook. Great activity of users who take advantage of Stories, organic possibility to reach and engage while new users still begin their journey with the portal — these are solid grounds to start the new year. Instagram is what Facebook was a few years ago. There is more and more disproportion between users according to age — Instagram attracts younger people and intends to fight for this group with YouTube (implementation of IG TV is the visible signal of the strategy).

After many years of prosperity Facebook’s speed of growth diminished. The Cambridge Analytica case undermined the trust of users, the number of newcomers dropped, and the platform became less attractive for younger people. The opinion that Zuckerberg should be replaced is commonly repeated. Furthermore, from marketing perspective, Facebook has not implemented anything that could change the game rules in a visible way. The platform is universal, which is a good thing but also a bad thing as it deprives Facebook of distinctness and defined concept of future development.

Campaign / design of the year.

Colin Kaepernick in Nike campaign. It is true that the campaign is strongly embedded in American culture codes and it had the greatest impact there, but it also proves, in my eyes, that brands supporting problem important in a given context may mess up big time. After the campaign went public emotions burst out to the extent that people burnt their Nike clothes on YouTube to express their contempt for the brand. Was the risk worth it? It was! Literally. Nike’s stock value went up by several percent.

Looking at the local projects I would point to #SexEd and #SuckingSucks „Tu Pijesz Bez Słomki”. Not only was it the attempt to influence the public opinion by using influencers themselves but it became the beginning of a real change.

Premier, novelty of the year.

Verification of the real character of society that gather around influencers is a new thing that has taken many people aback. Creators in particular.

Trend of the year.

Stories implemented by all platforms. The image-related campaign of Instagram “Stories are Everywhere” has successfully reflected the point of using this format but also the fact that everyone uses it or plans to use it.

Now days, the storytelling is more than mere 3 seconds of video on auto play. Insights and recommendation accuracy will be built on data, not on intuition. Artificial intelligence as the tool to enable even more efficient actions.

Summary of the year: internet.

Trend of the year.

Chatbots had very positives debut in 2018 in Messenger but then they reached certain type of “maturity” and became the real and integral part of digital strategy of many companies. These solutions still have quite modest conversation options, but progress in this area is visible with each and every following implementation, allowing more natural interaction between user and bot.

The year 2018 was referred to as the first “Year of Bots” but it is quite an overstatement today. Despite the fact that it is developing, there is no “critical mass” of impressive implementations that would push a way to the mass consciousness. Chatbots are still fighting to have the well-earned place in the awareness of marketers and decision makers who have budgets for innovations.

Event of the year.

In a chatbot world it was the Chatbot Summit, i.e. the biggest Berlin-based industry conference. The scale of the event and the number of presented cases from all over the world proved beyond all doubts that we are dealing with a serious sector with specific “numbers” and solid investors behind it.

We had our own, domestic conference fully dedicated to chatbots. “Chatbot Festival” in Cracow was visited not only by creators of bots but also by business representatives interested in using AI technology in different areas of their operations (marketing, sales, customer service, HR).

The men of the year.

Yoav Barel, who organized the “Chatbot Summit”, has finally said out loud the words awaited by the whole industry. Invoking the Gartner’s hype curve, he presented the thesis that after reaching the peak of overly excessive expectations towards chatbot technologies and then going past inevitably awaiting “disappointment valley”, chatbots are yet again climbing up the “enlightenment slope”.

So, if the 2018 was all about chatbots (Messengers-type mostly), the 2019 is expected to be taken over by voicebots and voice assistants. These solutions will be completely new communication channel (maybe a landmark even!). The use of voice interface means that technology of NLP will be applied, therefore we can expect implementations of more interesting conversation skills. 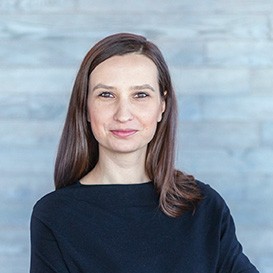